Greetings from Sugar Land, where we just wrapped Day 2 of the World Vitiligo Day 2019 Conference.

After eight WVD experiences, I thought I had seen it all, and it couldn’t get any better — especially after the one in Boston last year. Nope, far from it. Day 2 has been a whirlwind of amazing speakers, informative presentations, and fascinating sideline conversations. So this newsletter is a lengthy one!

The first tune of the day, perhaps, was a little overwhelming for me. A welcome presentation by the Global Vitiligo Foundation — a big sponsor and supporter of the World Vitiligo Day conference in the US — delicately avoided the history of the World Vitiligo Day itself. Weird, I know... This and other little things that were left unsaid reveal a fundamental disconnect in how different vitiligo leaders see ‘unity’ in the community. However, an emotional video featuring many familiar faces with personal notes was truly touching.

Dr. Amit Pandya opened the day with an overview of vitiligo therapies. His wealth of experience drives thousands of vitiligo patients of all skin types to UT SouthWestern in Dallas. He stressed the importance of an early treatment — within two years from the onset — but suggested a more aggressive approach if a confetti-like depigmentation pattern is observed (as seen in up to 46% of all patients). Patience is a true virtue in a therapy that rarely achieves 100% success rate and relapses may happen in up 40% cases within one year. Just don’t mix phototherapy with Ayurvedic medicine — or it might cause a second-degree burn — and get a portable UVB for a supervised home use.

Dr. John Harris is one of the world’s leading specialists on vitiligo, and a head of Vitiligo Center and Clinic at University of Massachusetts in Boston. John shared impressive results from Incyte’s clinical trials for Ruxolitinib cream — more in the previous newsletter — and continued with other emerging treatments. Somewhere along the lines of academic research John found an opportunity to launch a new biotech company, Villaris Therapeutics, that takes similar approach to Amgen’s but with different IL15 target in sight. I wish I could ask John more questions, but there’s always a lineup of attendees waiting to catch on the rare opportunity to chat with him. I hope to follow-up with John on our sideline conversation about segmental albinism vs segmental vitiligo.

Dr. Lisa Schuster took the stage after lunch — a challenge at most conferences because people get sleepy. She made everyone sit bolt upright, though. Her practical advice on how to deal with emotional aspects of vitiligo — including body posture! — is truly invaluable. The next speaker was Dr. Pearl Grimes, without whom no vitiligo conference would be representative enough, to discuss coping with the condition after the dreadful diagnosis. Dr. Alanna Bree focused her talk on “Emotional and Spiritual Wellbeing of Children with Vitiligo” and helped parents with kids at the adjacent conference room.

At the back of the room, Kettil Cedercreutz, CEO and founder of Temprian Therapeutics, shared my concern regarding the cost-benefit balance for vitiligo patients. There simply aren’t that many people in the U.S. actively looking for new treatments — while competition is heating up. Kettil is confident about perspectives of DNA-based therapy from Temprian, representing a different approach to treatment. We spoke about endpoints they could monitor for HSP70i, the ideal patient, and about biotech investor sentiment in general.

Lee Thomas and Erika Page steered the conference all day long, on and off-stage, to take attendees to the whole new level of friendship and excitement. Shazaad Games, one of the attendees, draw my attention to the FOX 26 TV coverage of the World Vitiligo Day during the morning show.

Last but not the least I would like to thank Incyte for providing vital sponsorship to this conference. Why have so many pharmaceutical companies been off about vitiligo for so long? In part that’s because they were looking for patterns to support their preconceptions, — rather than looking for exceptions.

But vitiligo has always been sui generis — largely an exception among dermatological diseases; often perceived as a cosmetic disorder; ignored by insurance companies; misunderstood by the public. Incyte has turned that page first, to start with a fresh perspective on the community, years before a drug (if all goes well in Phase III trials) would reach patients. David Dubinsky, Head of Patient Advocacy, and his team really impressed many attendees with a low-key, attentive attitude to what everyone has to say.

And with that I will hit the Send button. I have a flight to catch to get to the global World Vitiligo Day headquarters in Hanoi, Vietnam. I will get back to you in a couple of days with more news about the most important week of the year for vitiligo community.

READ Reports from Day 1 and Kick-off 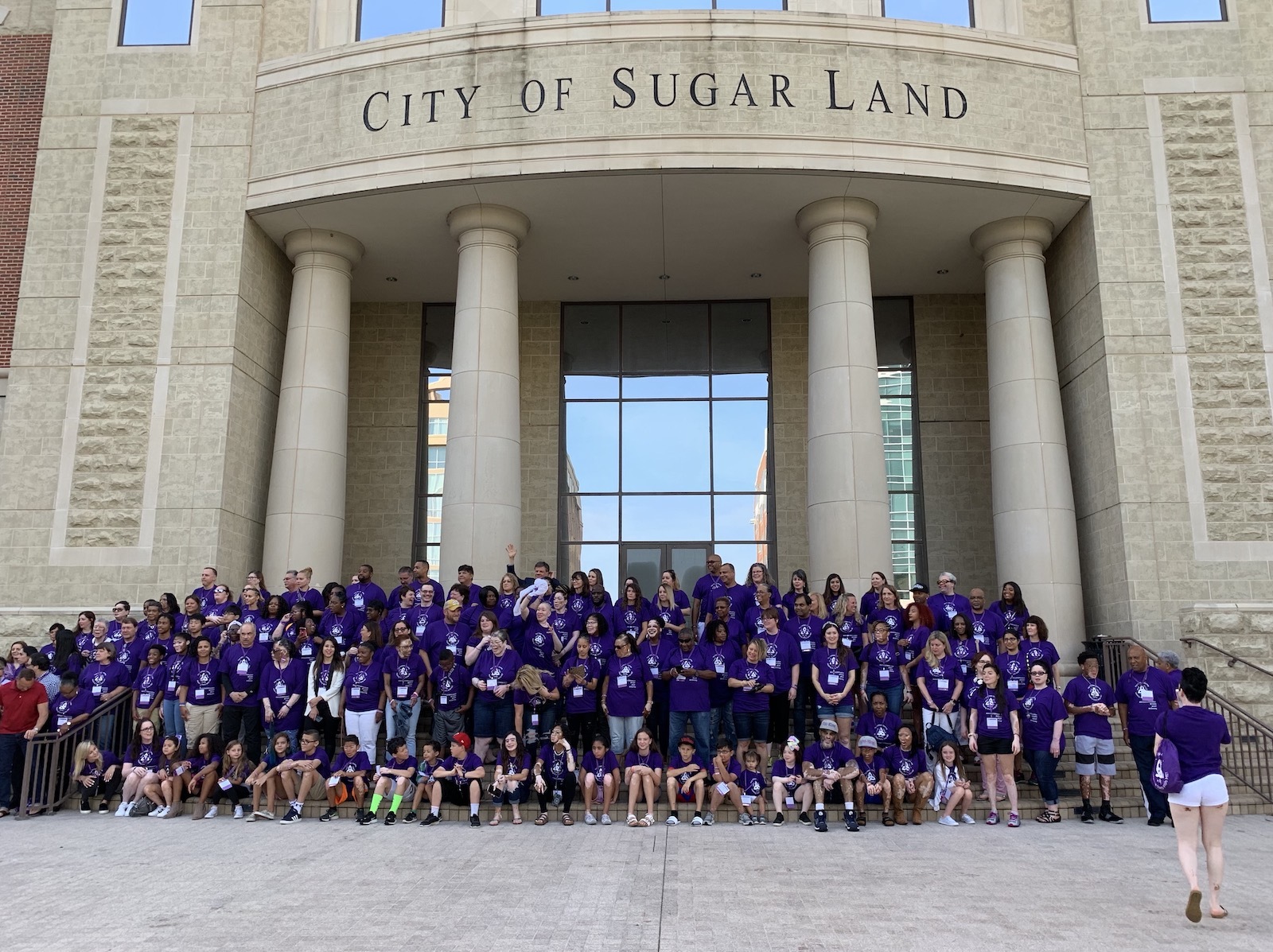 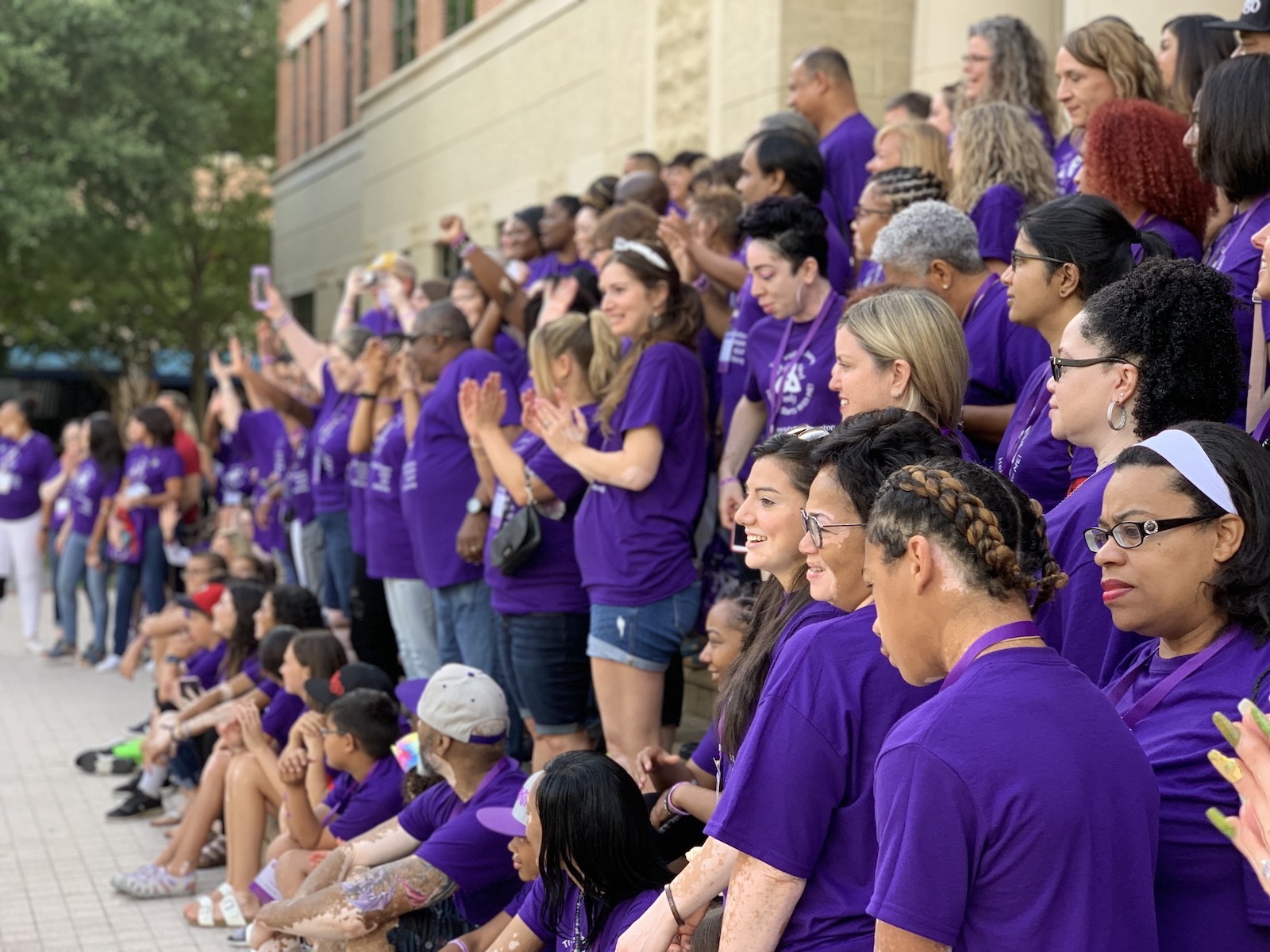 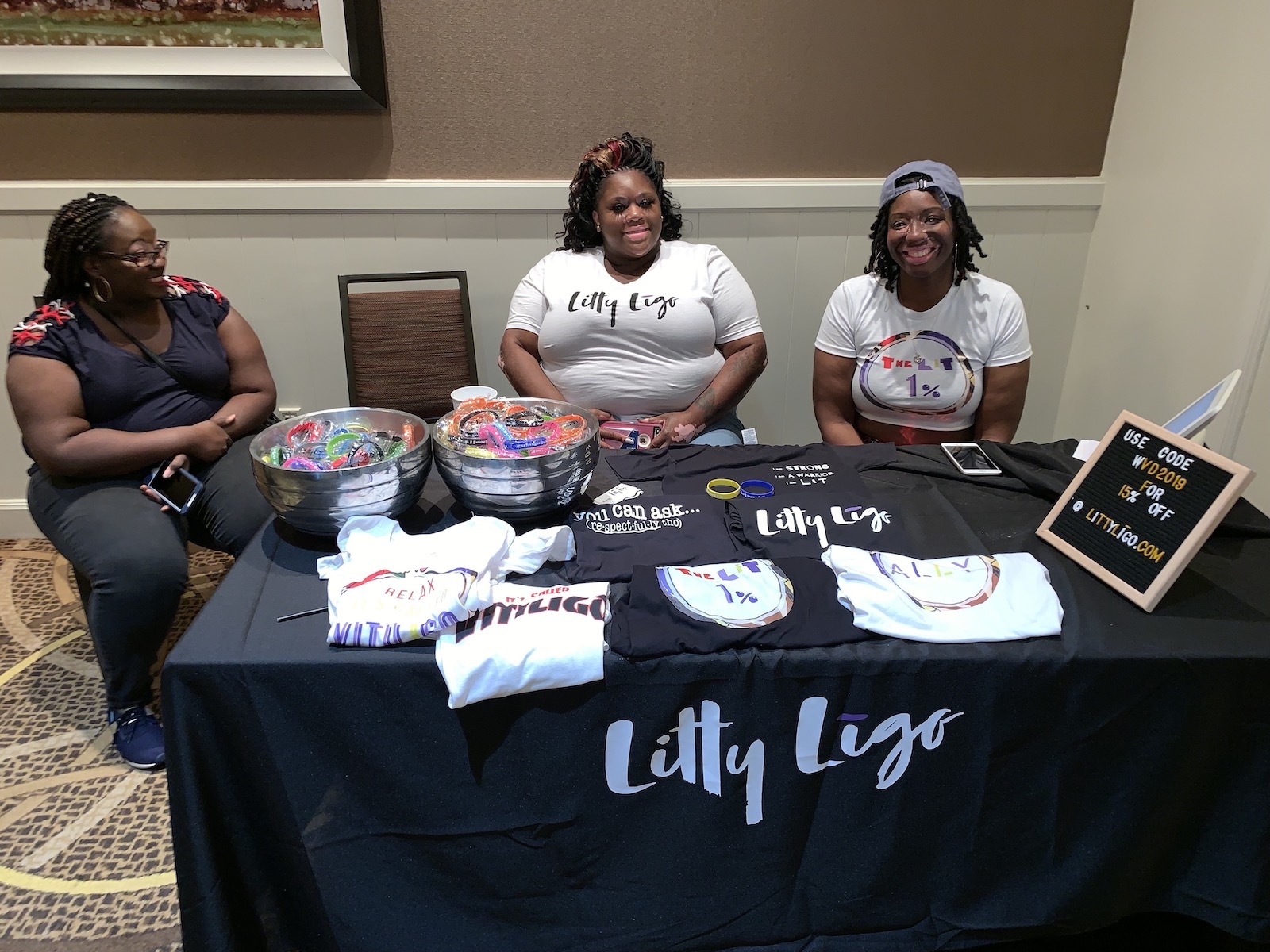 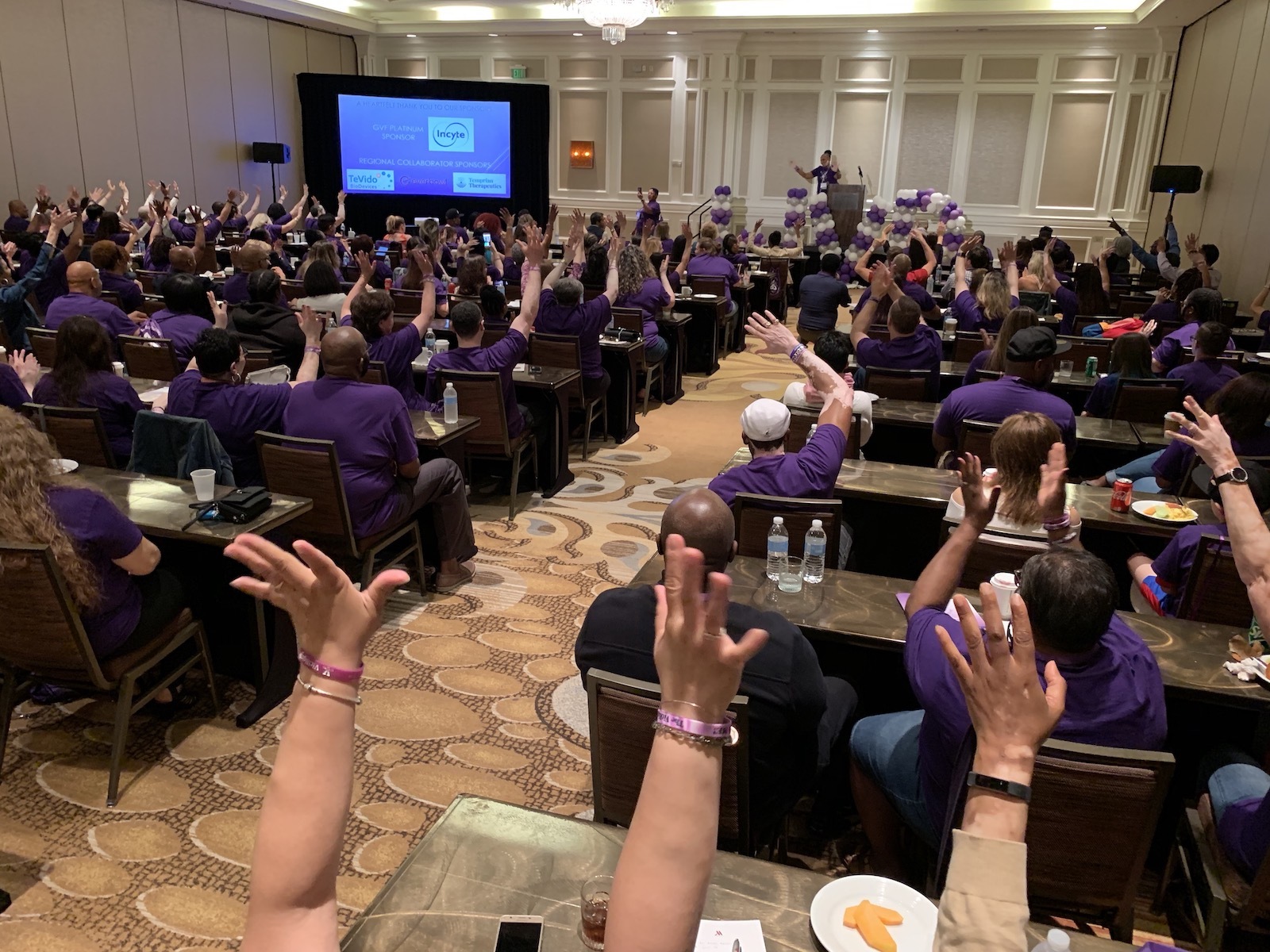 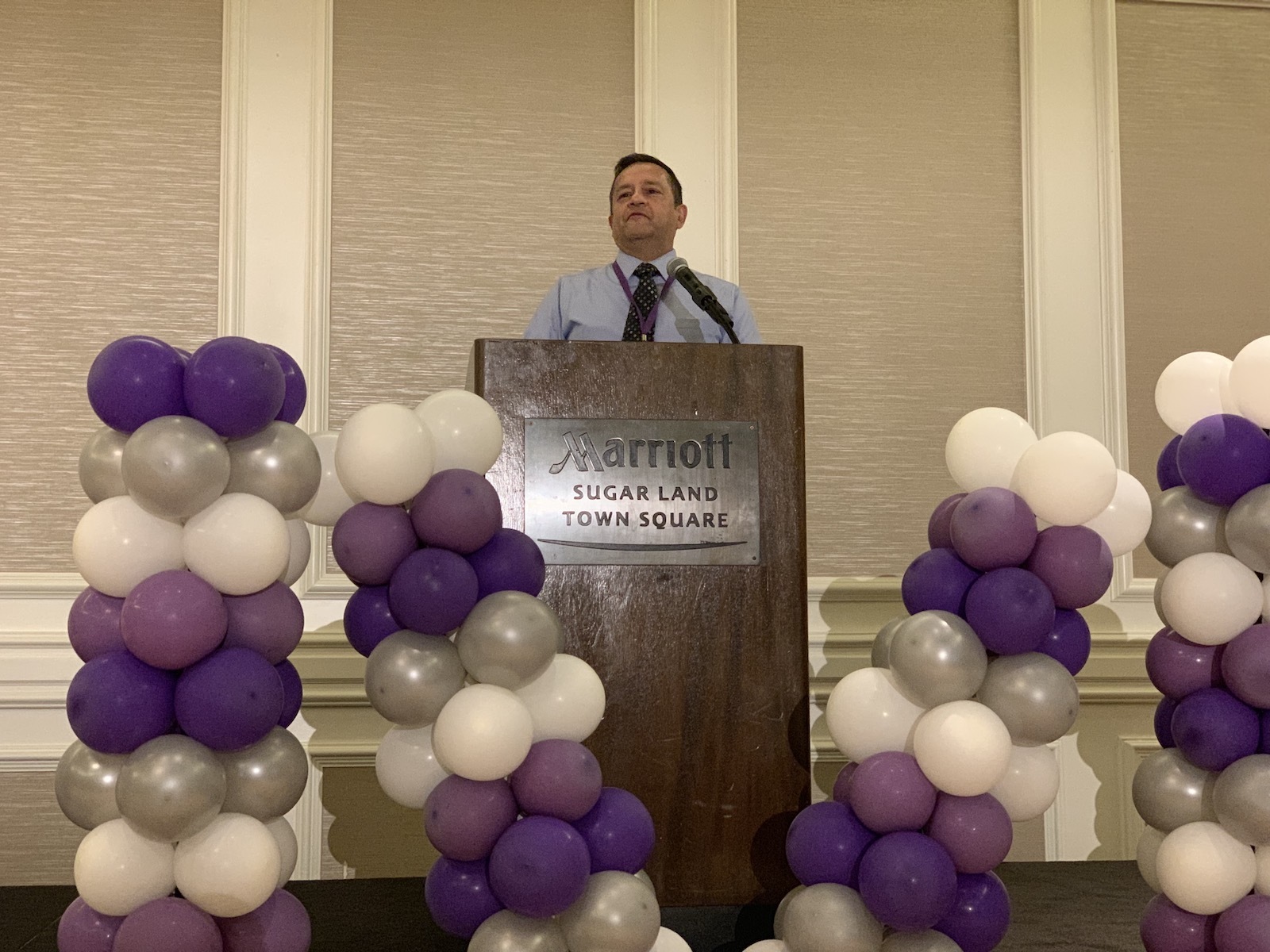 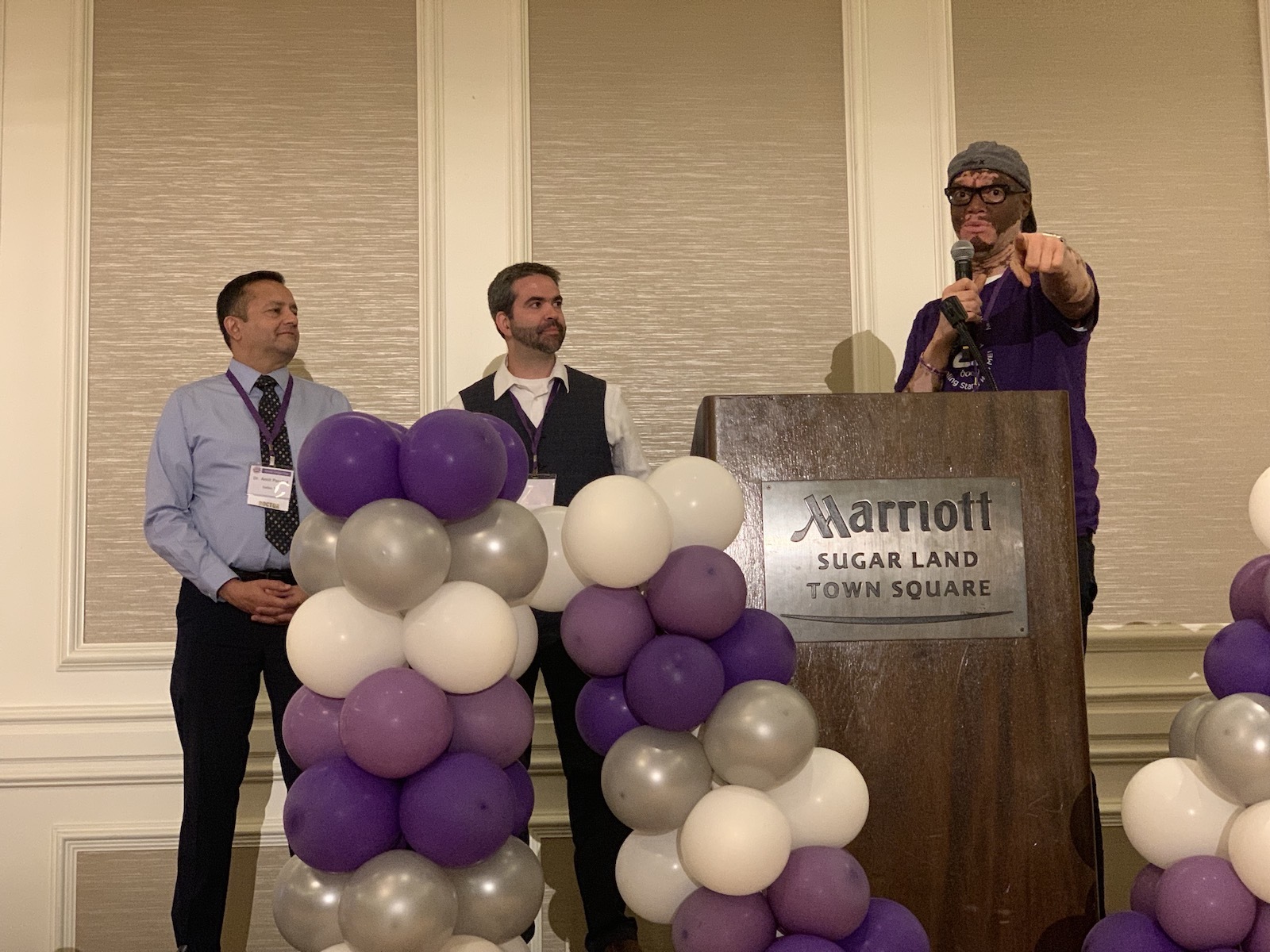 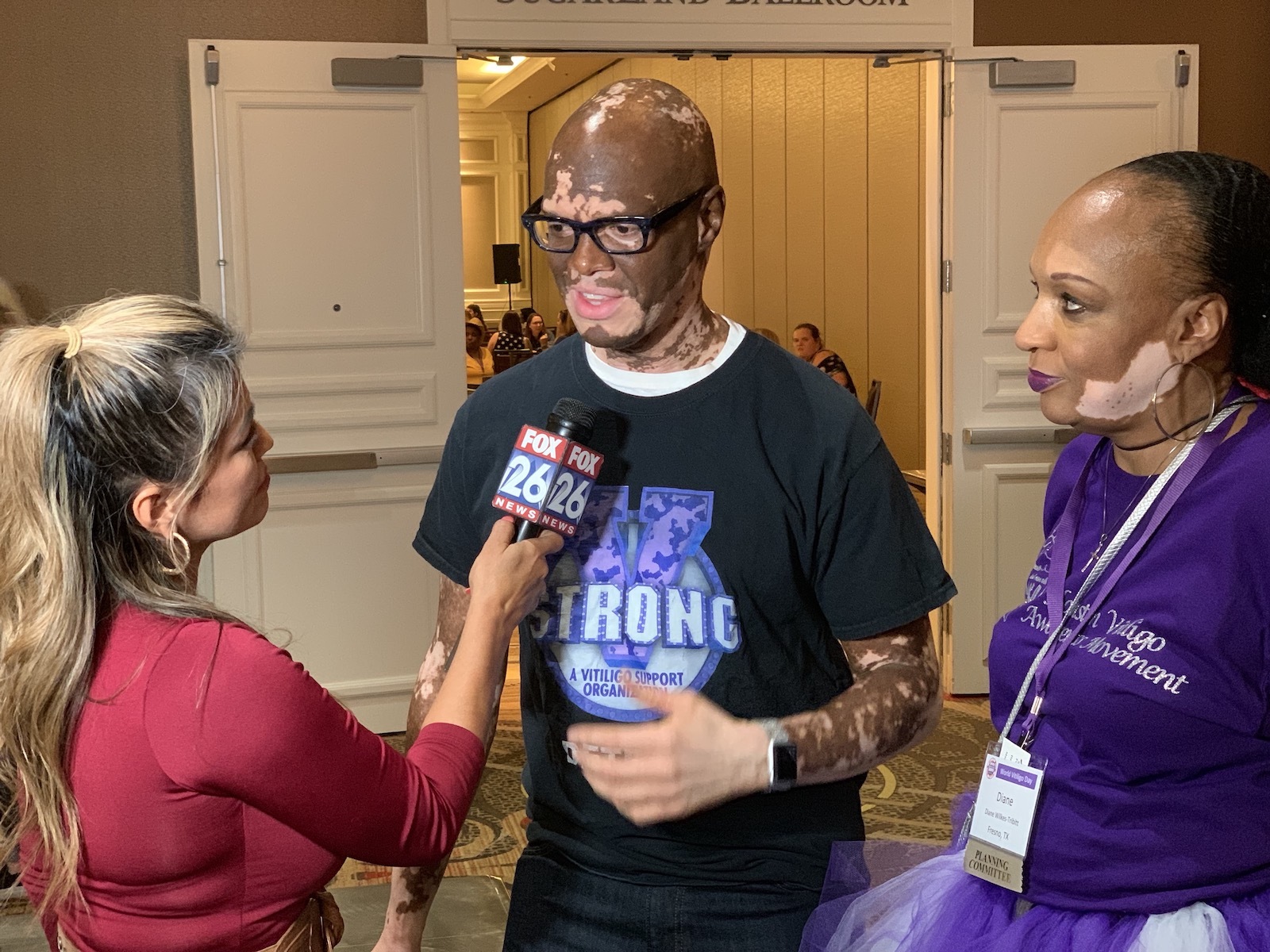 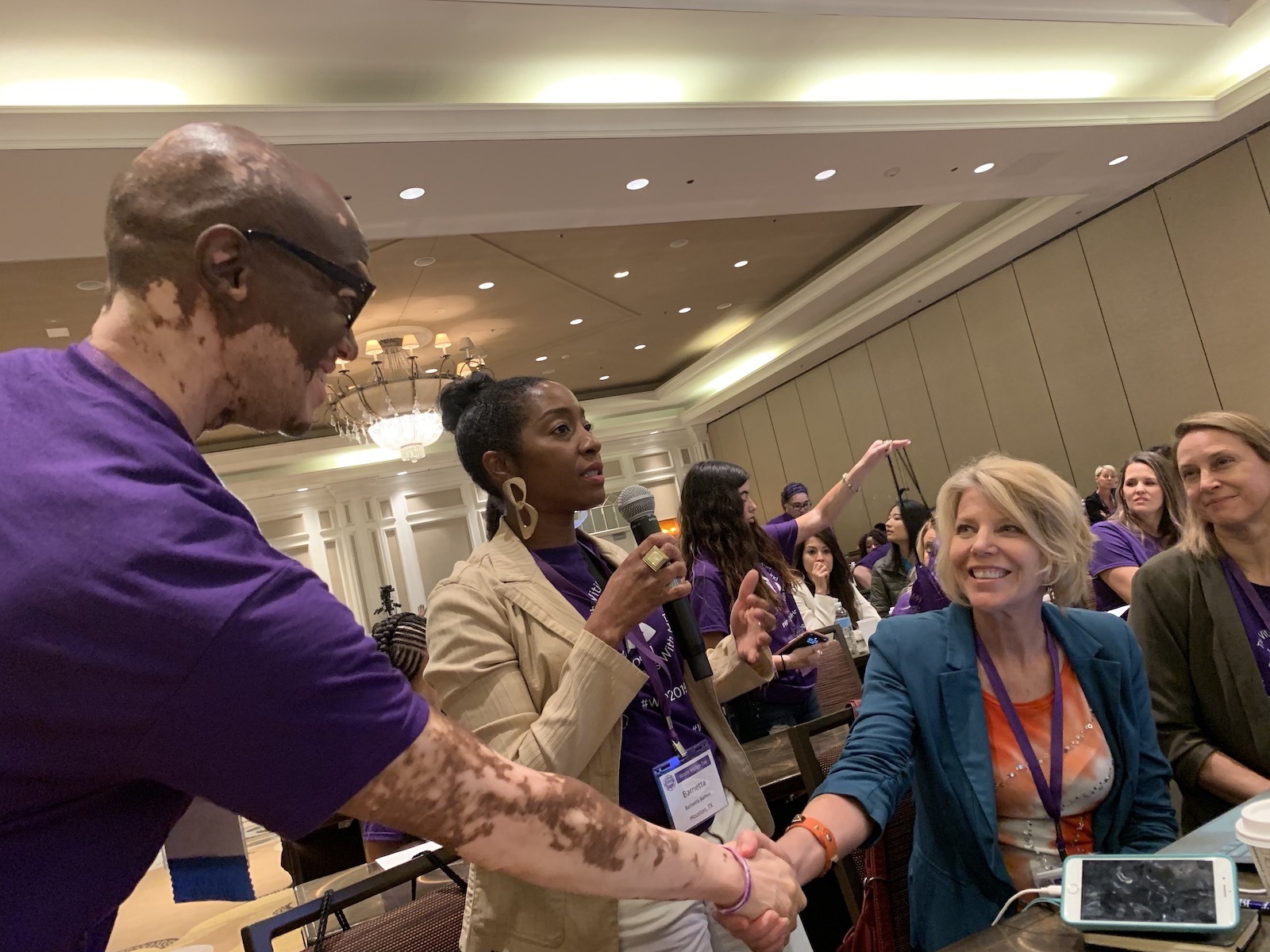 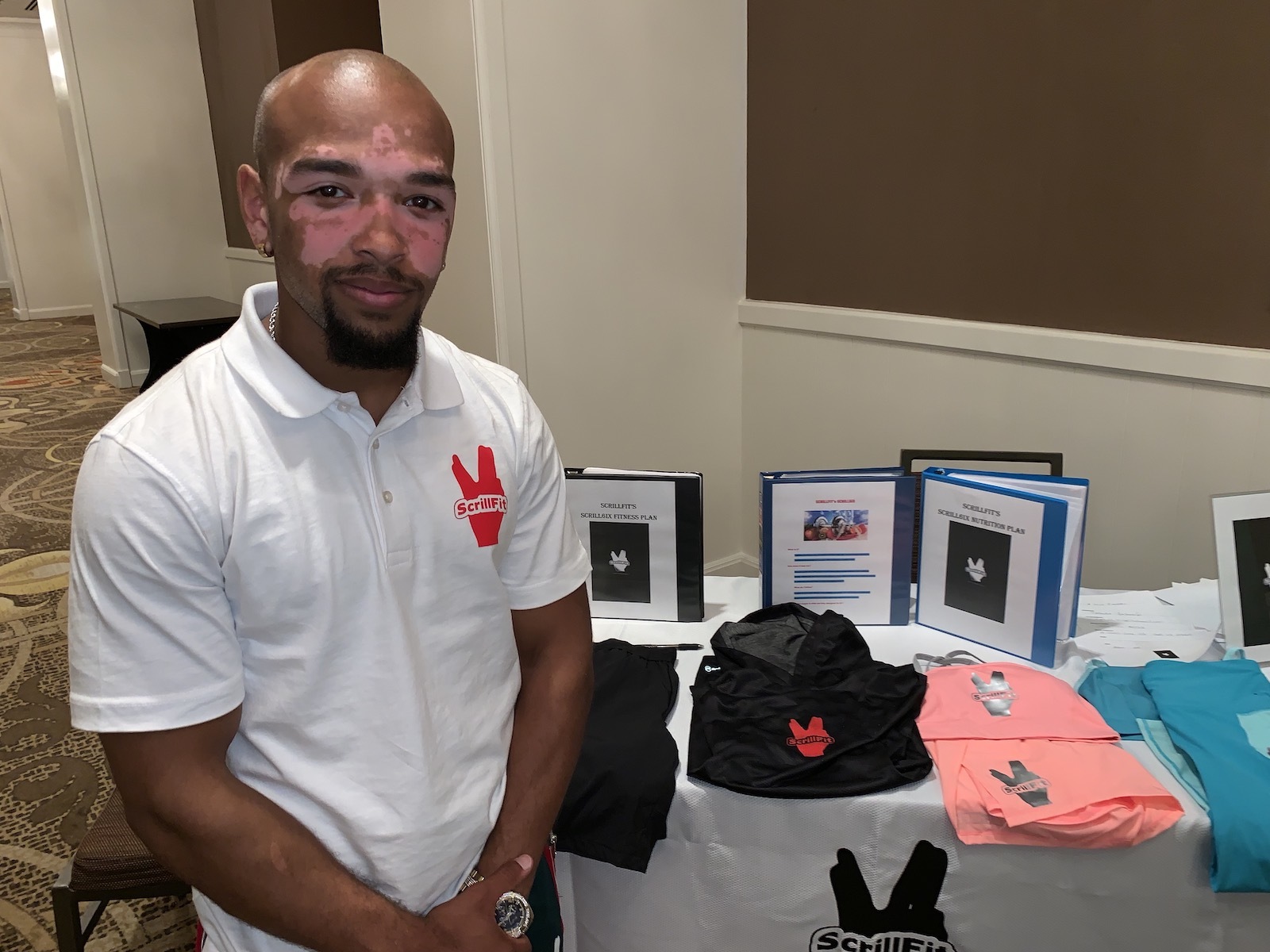 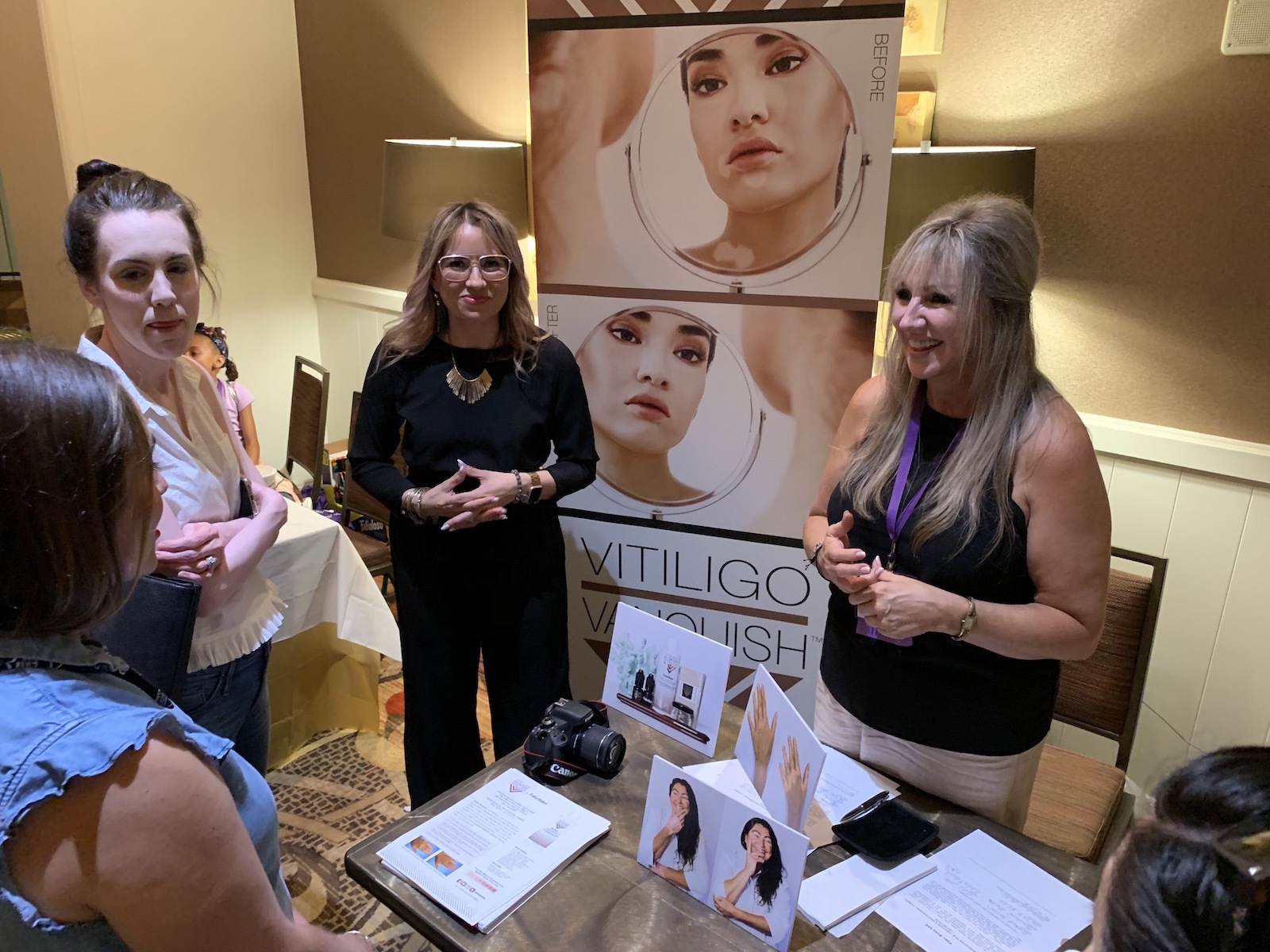 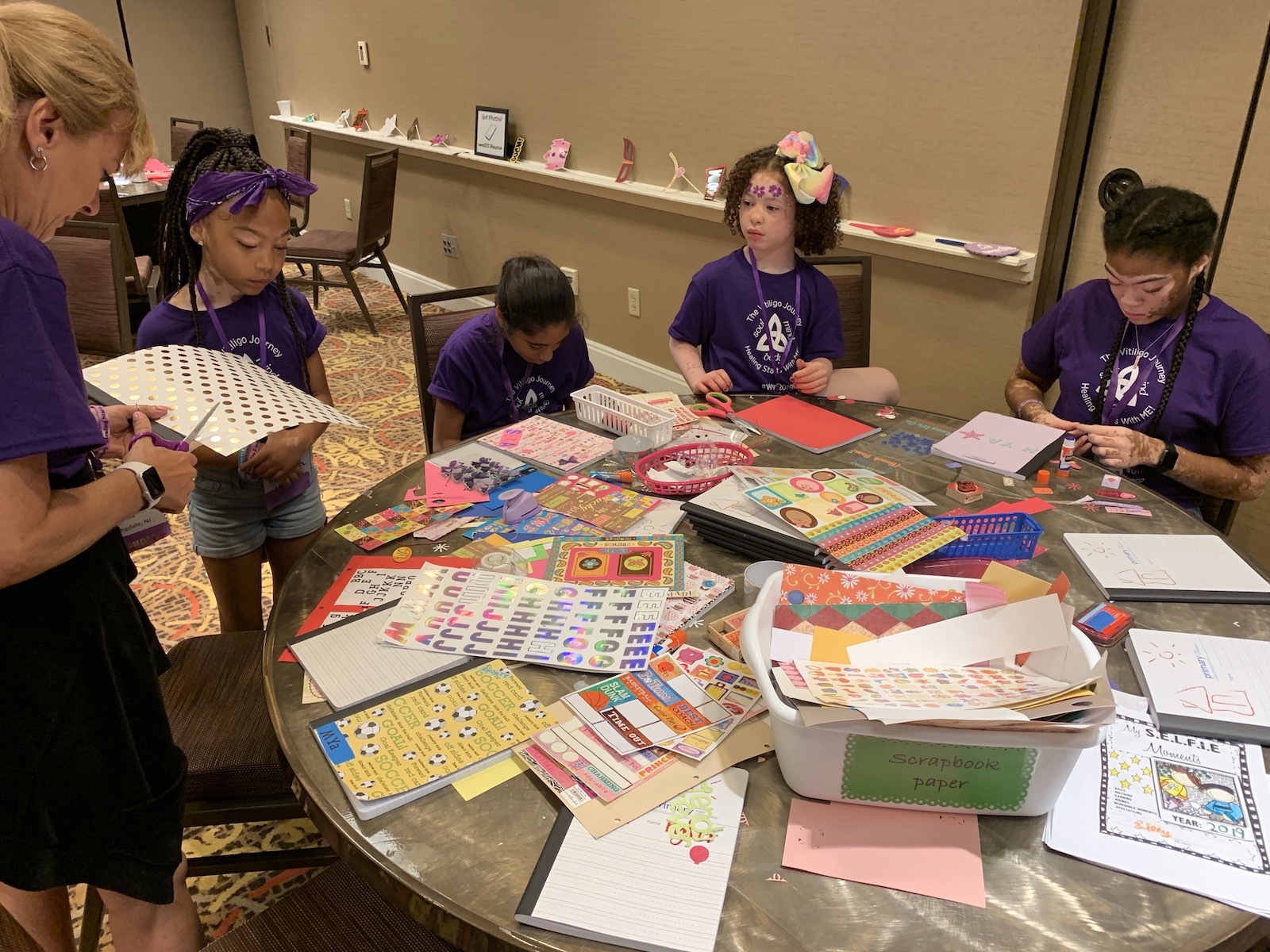 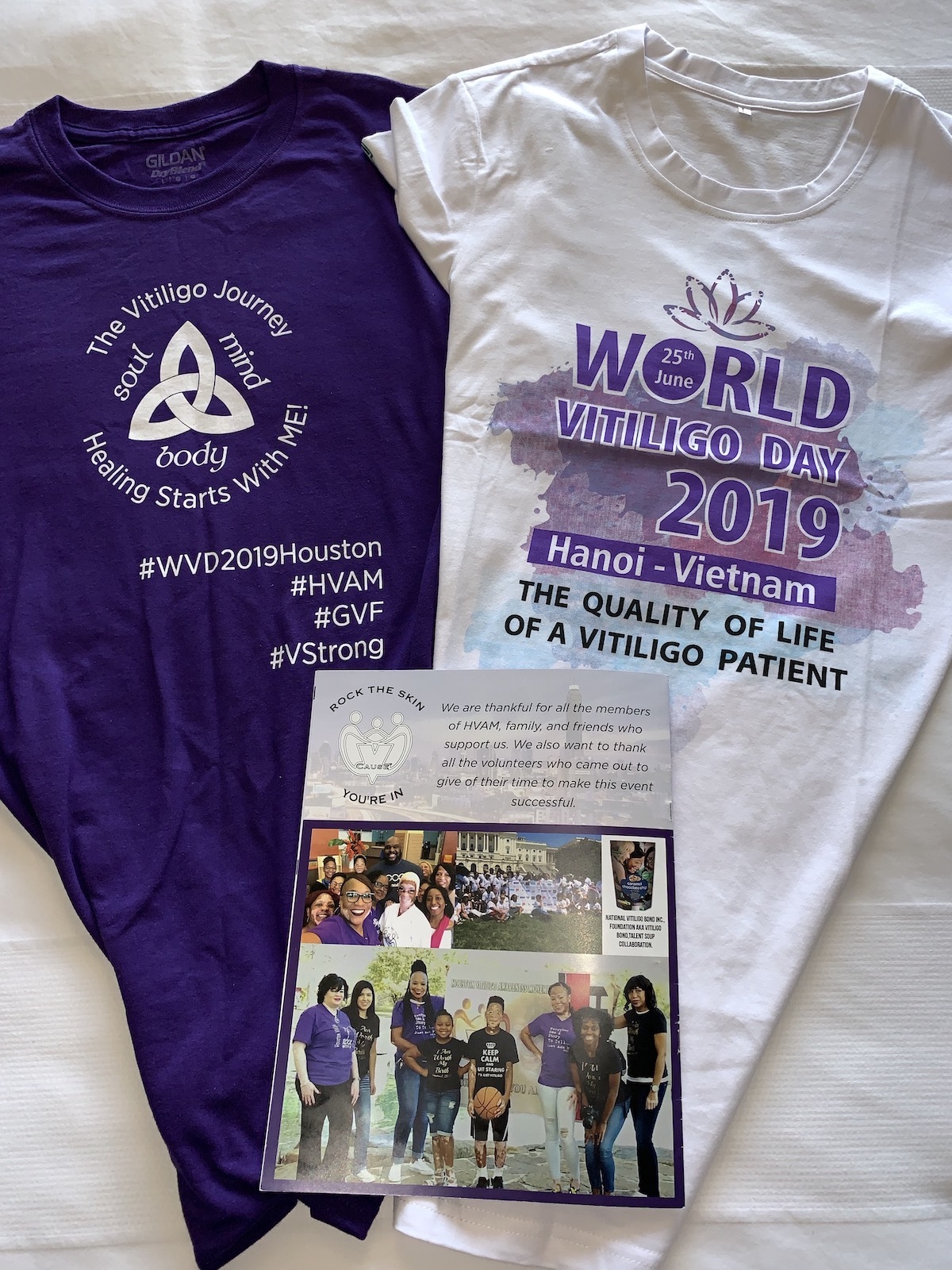